To celebrate that Grand Seiko from now on is a brand entirely on its own three limited editions were launched. These reproductions are very true to the first Grand Seiko from 1960. The distinctive style of the case, the profile of the glass (though now sapphire instead of plexi), the medallion on the back and even the 8-pointed star on the dial (for the platinum and the gold version) designating that these dials are “Special Dials”, SD, meaning that the indexes are made of preciouss metal, have been recreated. The biggest difference to the original are the missing Chronometer text below the name and the size that has grown to a very pleasant and modern 38mm. 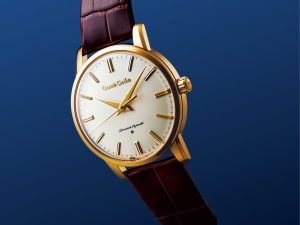 There were three very different treatments for the dials of the first Grand Seiko. The words Grand Seiko were printed in black or engraved with corrosion-resistant nickel plating, or embossed in relief with a gold finish. For the new limited series the embossed relief has been used except for the platinum one where a very nicely done engraving was chosen. Also worth mentioning is that the base material of the dial of the SBGW251 is gold. 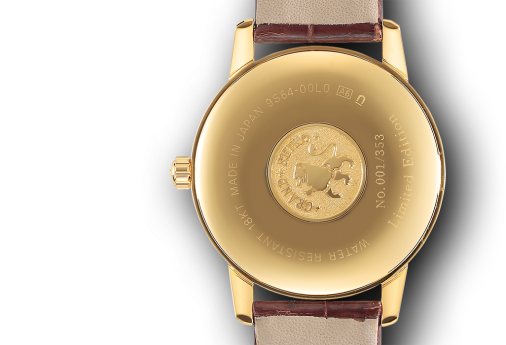 On all three you will get the same lion-medallion as on the original. Especially aealing is the one on the SBGW253 where the gold really stands out against the steel.

The crown has the same type of “S” as in 1960 and the buckle is also historically correct. 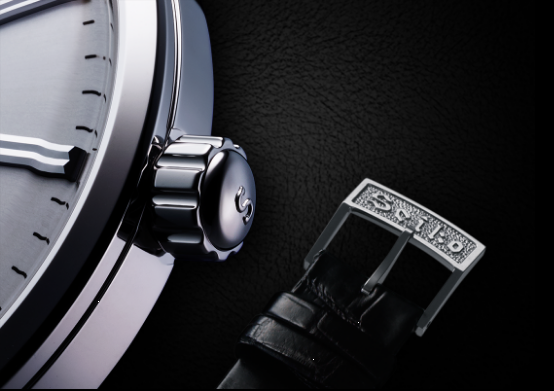 Last but not least the watches in this series will come with a certificate that echoes the one of the first Grand Seiko.